Experience of endovascular management of a unruptured thalamus-mesencephalic arteriovenous malformation associated with venous aneurysm in a pediatric patient. case report

Experience of endovascular management of a thalamus-mesencephalic AVM in a pediatric patient case report ENGLISH.pdf

Arteriovenous malformations (AVMs) in the basal ganglia, thalamus, and insula are important lesions given the eloquence of the neural structures involved. This special group of AVMs has a complex natural history, with higher rates of bleeding, morbidity, and higher risk of life; If left untreated, they cause high morbidity and mortality of 62.5% in the event of bleeding, due to their deep location, with an annual rate of risk of bleeding between 10-34%. Surgical removal is only feasible in a small group of patients. Deep AVMs are rarely present in general neurosurgical practice; they generally constitute between 4.3% and 11% of all AVMs. Regardless of the therapeutic method chosen, the main objective of the treatment of AVMs should be the exclusion of the nest. 1
The management of deep AVMs is fraught with controversy. Stereotaxic radiosurgery (SRS) emerges as the modality of choice in the context of treating small deep AVMs in eloquent areas of the brain. However, obliteration rates after SRS for deep AVMs are lower than for superficial AVMs of similar size. Furthermore, SRS does not confer complete immunity to softening during the interval leading to nest obliteration, which must be managed later by surgery or embolization.2
Although much has been written about AVM embolization, there is a dearth of endovascular strategies for treating deep malformations in the medical literature. However, recent advances in traditional endovascular methods and the incorporation of new treatment strategies have expanded the therapeutic options for treating these lesions. 1
Mendes et al show an increasingly important role of embolization for the treatment of these lesions, which were used in 59% of cases. The simple arterial approach remains the gold standard for embolization of cerebral AVMs with curative intent, more frequently for AVMs that receive input from few afferent arteries or AVMs reduced by previous embolization. In the study in question, the transvenous approach (TVA) with curative intent was performed in 40% of patients, and it was indicated in deep AVMs with a small nest (less than 3cm) and/or associated with a single drainage vein. For vascular malformations greater than 3 cm there was more complex management, and the endovascular treatment alone reached 71% of anatomical exclusion in angiographic controls at 6 months post-embolization. 2
We present the case of a non-rotated midbrain thalamus AVM associated with a venous aneurysm, in a pediatric patient, who was successfully treated by embolization in our hospital.

History and examination: A 7-year-old male patient, born in Lima, with no significant medical history, with a 7-month history of progressive disease, characterized by left hemiparesis, associated with intermittent headache and nausea. On physical examination: Glasgow Coma Scale: 15 points, left hemiparesis predominantly brachial (UL: 3/5) and femoral (LL: 4/5), isochoric and photoreactive pupils, preserved cranial nerves. Brain tomography without contrast showed a slightly hyperdense lobulated image with defined borders in the right paramesencephalic region that partially displaces and collapses the foramen of Monroe, with mild ventricular dilation of both occipital horns and transependymal edema. Brain AngioCT revealed an AVM with a large bilobed venous aneurysm, with an afferent artery from the right posterior cerebral artery, venous drainage to the internal cerebral vein, and to the vein of Galen. (Figure 1)
A digital subtraction angiography was performed which showed a right thalamic-mesencephalic AVM with a compact nest, in anteroposterior 13.25 mm x 21 and in lateral 21.4 mm x 16, with afferents from perforating branches of P1, posteromedial and posterolateral choroidal branches of P2 and right tuberous-thalamic branch of PCom artery, the largest of the afferents with a diameter of 0.88 mm, with large venous aneurysm (VAn) at the exit of the nest and single, thick venous drainage (diameter> 1mm), through the right superior thalamic vein (STV) which reaches the internal cerebral vein (ICV) and vein of Galen (GV) (Figure 2)
Endovascular treatment: An arterial embolization was performed. The right vertebral artery (VA) and posterior cerebral artery (PCA) are navigated in roadmapping with Sonic® 1.5F microcatheter assisted with Hybrid 007® microguide. The perforating branch of P1 is reached, which is the most accessible due to its diameter (1mm), however, it was not possible to reach the nest ostium because it had a closed angle of approximately 15°, so it was decided to navigate through the right ICA, and through the tuberothalamic branch of the right PCA, the ostium of the AVM nest was reached. Ultraselective angiography was performed and roadmapping was navigated. Embolization (Figure 3) was carried out with Squid® 4.5cc in a time of 60 minutes including pauses for reflux.
The final angiographic control of the ICA and right VA revealed subtotal occlusion (95%) of the nest, closure of the efferent vein ostium with the absence of angiographic filling of the venous aneurysm (Figure 4), and an image of fine residual blush nest that fills from the right vertebral artery (Figure 5 A and B).
Clinical evolution: The patient was transferred to the pediatric intensive care unit (ICU). A post-embolization non-contrast brain CT showed no acute complications (Figure 5 C and D), so he was extubated 2h after admission. On examination: patient awake, oriented, spontaneous ventilation, Glasgow Coma Scale (GCS): 15, sequelae left hemiparesis without variation with respect to admission.
His clinical evolution was favorable on postoperative days 1 and 2, receiving treatment with mannitol, anticonvulsants, and corticosteroids. On day 3, he had a moderate headache, vomiting twice, and a tendency to sleep. Brain CT showed greater ventricular dilation compared to previous CT in the immediate postoperative period after embolization (Figure 6A), for which a mean pressure left frontal ventriculoperitoneal shunt (VPS) was placed. A CT scan at 12 and 48 hours after surgery showed a decrease in ventricular dilation (Figure 6B and 6C).
The neurological evolution was favorable, so the patient was discharged on postoperative day 4, with a good state of consciousness and a slight improvement in left hemiparesis.

This group of AVMs is particularly demanding for microsurgery due to its intrinsic relationship with critical neural structures and limited surgical access. In addition, these AVMs are often nourished by deep perforating arteries that, in many cases, can prevent immediate vascular control. Consequently, most neurosurgeons are reluctant to perform surgeries in this group of malformations and manage them with observation or with stereotactic radiosurgery (SRS). Surgical series showed that even with experienced hands, complications reach up to 29% of cases with 71% of total resection.
SRS is a well-established treatment modality for deep AVMs. The reported series have demonstrated their ability to treat these injuries with satisfactory healing rates and acceptable morbidity. Size continues to be the most relevant aspect in determining the success rate, and the greatest chances of anatomical cure are associated with AVMs of less than 3 cm. However, the main disadvantage of SRS is the delayed effect, which varies from 2 to 5 years after treatment, with an annual risk of bleeding that varies between 0% and 9.5%.
Mendes et al show good obliteration rates for deep AVMs, with complication rates similar to the rates found in radiosurgery, thus demonstrating the application of curative embolization for AVMs located in the insula, basal ganglia, and thalamus. Their results indicate an improvement in the performance of endovascular treatment for this group of lesions. Nidal anatomical exclusion was obtained in 82% of the patients in the control by angiography, 6 months after embolization. 1
But according to Stapf et al, most AVMs are diagnosed without signs of bleeding. The symptoms may include seizures, headaches, and sudden or progressive neurological deficit.6 AVMs in the basal ganglia, thalamus, and insula are lesions that involve highly eloquent regions.1 Deep AVMs are supplied mainly by perforating arteries, mainly from the first segment of the posterior cerebral artery (P1 segment), but they can also be supplied by arterial meningeal branches which are reported in 4% of patients. Thalamic AVMs frequently drain into the deep supratentorial system, especially the vein of Galen or the internal cerebral vein. 5
In this report, the case of a thalamic-mesencephalic AVM is described, with multiple afferent arteries and a single draining vein, where the endovascular technique had good results. The first option is always the arterial route, performed through the right tuberous thalamic artery. because it was the largest diameter afferent artery found and the one that fed most of the vascular nest. Commonly the tuberous thalamic artery or also called “pre-mamillary”, arises from the caudal part of the posterior communicating artery, which is near the posterior cerebral artery, or at the limit between the middle third and the posterior third of the posterior communicating artery, as it is in our case. This artery supplies the ventral section of the thalamus, which includes the reticular nucleus, the anteroventral nucleus, the rostral region of the ventrolateral nucleus, the ventral pole of the medial dorsal nucleus, the mammillothalamic tract, the ventral tonsil-fugal tract, the ventral region of the medullary lamina and the anterior thalamic nucleus. If the tuberous thalamic artery closes, an infarction can occur, causing clinical loss of recent memory, especially if they are lesions on the left side. In addition, it can give a mild or transient hemiparesis due to compression of the internal capsule due to post-ischemic edema. But the cognitive deficit is more permanent and can potentially bring a poor prognosis. 7
Likewise, the presence of venous aneurysms that develop in the drainage network of a deep AVM may be incidental or associated with hemorrhages, seizures, hematomas, or, as in our case, manifest with neurological deficits secondary to edema and mass effect. For some authors, the presence of a peri-nest venous aneurysm is considered a risk factor for rupture and hemorrhage.6 Yamada et al reported 5 cases of AVM in the mid-dorsal thalamus treated transcallosal, finding venous aneurysms that served as a reference for navigation for the location of the AVM.3
Transarterial embolization of the AVM is indicated in the treatment of symptomatic venous aneurysms, to reduce the blood flow through the AVM that was presumably responsible for keeping the venous aneurysm patent. Thus, in our case, the venous aneurysm disappears once the nest has been embolized and the ostium of the draining vein sealed. Selective venous endovascular treatment could be an alternative, taking care of AVM drainage before treatment. 6
The recognition of the properties of embolizing substances, the advancement in microcatheters, and the introduction of new endovascular strategies bring with it higher cure rates in selected cases. In addition, some characteristics of the angioarchitecture of deep AVMs, such as the small nest (<3cm), the presence of arterialized deep venous drainage, favor endovascular approaches more. 1

Embolization is a curative treatment strategy in selected cases of patients with complex vascular lesions such as deep AVMs, with good results and complication rates comparable to other therapeutic strategies. It should be considered in cases where microsurgery might not be indicated.
Treatment of symptomatic venous aneurysms by decreasing the intensity of blood flow through the AVM could theoretically be achieved by arterial embolization. 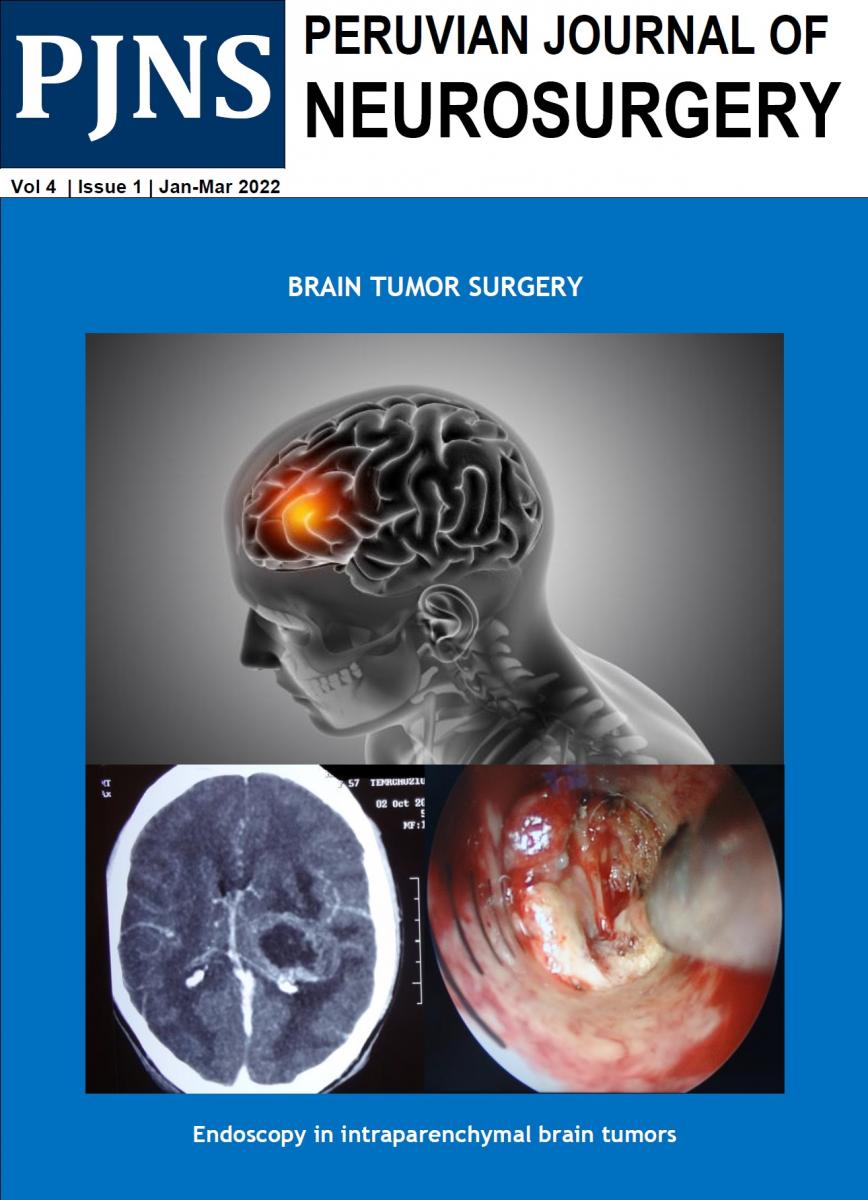 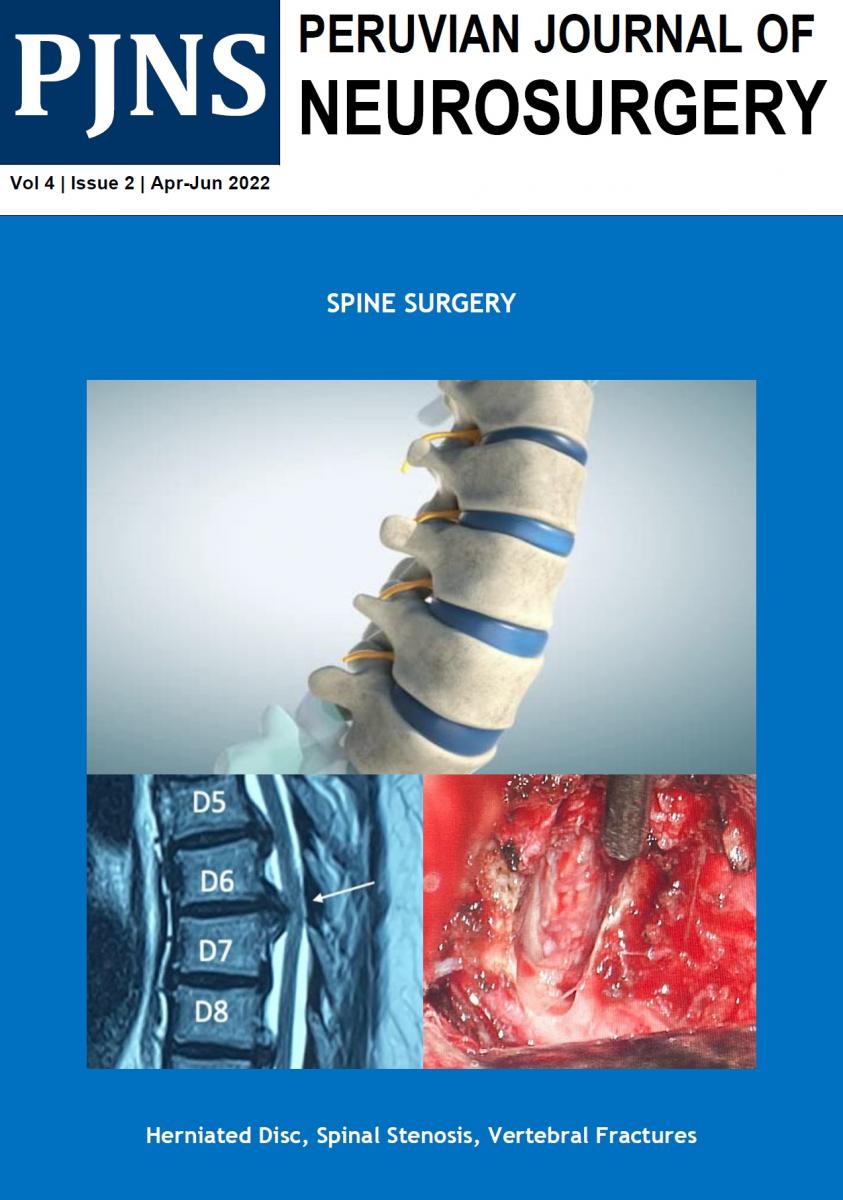